There were several masters of animation during Hollywood's golden era. Of the top two geniuses, one created elaborate fairy tales and ornate feature-length fantasias -- the other guy was Tex Avery. He just wanted to make you laugh. Having already been integrally involved in the development of Porky Pig, Daffy Duck and Bugs Bunny for Warner Bros., Avery moved to MGM in 1941 to create a set of comedy masterpieces that defined a new slapstick style for animation, inspiring cartoonists, comedians and filmmakers for decades to come. Avery's unit at Metro Goldwyn Mayer was all about breaking the fourth wall, shattering expectations and making audiences fall down with laughter. His one-shot masterpieces, including Bad Luck Blackie, Red Hot Riding Hood and Symphony in Slang, have proven themselves pure gold. And continuing characters like Droopy, Screwball Squirrel and George & Junior -- not to mention Spike, Red and The Wolf - remain unforgettable comic personas among the top rank of cartoondom. Avery's cartoons were ahead of their time -- and their time has come. Finally committed to Blu-ray, this first collection of restored Technicolor shorts feels fresh and new, and is funnier than ever. This set will delight young and old -- and will amaze a new generation ready to laugh again. -- JERRY BECK, Animation Historian

It is great to find all cartoons at one blu ray CD.

It's no secret that in the Golden Age of Hollywood, Disney had the high grounds of the animation scene. The where the unbeaten champion. Others tried but where unsuccessful. However by the mid 30s, there was a new kid on the block with new ideas. The new kid was animation director, Fred "Tex" Avery. He challenged by being the Anti-Disney. Where Disney wanted to explore, your imagination, take you to the land of fairy tales and made you wish upon a star, Tex Avery wanted to perfect the art of gag and make you on the floor laughing out loud! Over the years, his created some of the best characters in animation history, from Droopy to Red to even the one and only, Bugs Bunny. For the longest time, Tex Avery, never got the credit he deserves (at least to the general public in the USA). The most comprehensive set was a collection of VHS's from the 1980's. However this is now History as Warner Archive has put out there new release where he now has the spotlight. Is this set worth it? First of all, lets go over the selection of cartoons: RED HOT RIDING HOOD WHO KILLED WHO? WHAT’S BUZZIN BUZZARD? BATTY BASEBALL THE HICK CHICK BAD LUCK BLACKIE GARDEN GOPHER THE PEACHY COBBLER SYMPHONY IN SLANG SCREWBALL SQUIRREL THE SCREWY TRUANT BIG HEEL-WATHA LONESOME LENNY HOUND HUNTERS RED HOT RANGERS DUMB HOUNDED WAGS TO RICHES THE CHUMP CHAMP DAREDEVIL DROOPY Each cartoon, is lovingly remastered from good surviving film material. None of the cartoons look washed or grainy (unlike the Tom and Jerry Golden Collection) and the color is superb (So you nitpickers won't have a reason to say there to bright). Also, DVNR is nowhere to be seen so we can die happy now. "Dumb Hounded" looks the best as you can see the shine in Droopy's eyes and the background no longer looks like a shade of purple. However, I have a few problems with the restoration. For one thing, the live action scenes in "Who Killed Who' makes the guy look like he is made of wax and is a little distracting. Also "Wags to Riches" and "Daredevil Droopy" have distorted audio tracks. Similar to "Southern Fried Rabbit" on the LTGC Vol.4 . It honestly sounds like it was recorded on quick time player. In short, Tex Avery Screwball Classics Volume 1 is a must buy for all and any animation fan. Every cartoon is restored to a crisp picture. Impressive sense the original negatives burned down in the mid 60's. What makes this set most important however, is the content. The content is too good to pass up. To quote Droopy, "You know what? I'm happy" 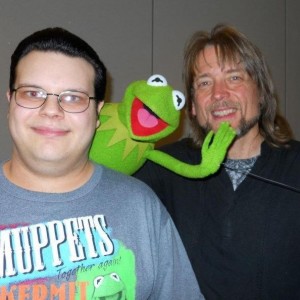 I just got my Copy today, and I Love it!!! The Quality of these Cartoons are Absolutely Amazing! I've never seen them looked this Good before! Great Job, Guys! Tex Avery has always been one of my Biggest Influences in the World of Animation. Tex was one of the reasons why I wanted to get into Cartooning and Animation myself. His MGM Cartoons are some of my Absolute Favorites! I'm so Happy that Warner Archive Collection has Finally released them on Blu-Ray! I already can't wait for Volume 2! Thanks again, Guys!

Today's mail brought the Tex Avery Blu-ray and I am absolutely thrilled with it. Many of the director's best films are here ("Bad Luck Blackie," "The Screwy Truant," "Red Hot Rangers") and all of them are in far superior quality to any previous release. I was particularly happy with Red's spotlight song and dance of "Daddy" in "Red Hot Riding Hood," as that has always had a lot of dust particles -- now it's beautifully clean. These gorgeous transfers are a dream come true; I hope that this release generates lots of sales, as there are three or four Blu-rays' worth of classic Avery cartoons yet to be released. Thank you, George Feltenstein, Jerry Beck and all at Warner Archive!

United States
I recommend this product
Thwarted by Format

The fact this product is only available on blu-ray prevents someone like me from purchasing it. A standard DVD release would've been appreciated.